How a Question Turns into a Quest 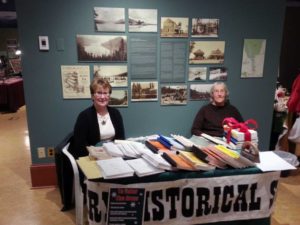 While Randi DeLisle and I were selling memberships and Reports at the Artisan’s Faire at Gallery 2, a gentleman approached our table and asked if we might know the answer to a question. He was wondering what John A. Manly’s (first Mayor of Grand Forks) wife’s name was.  We answered that we didn’t know but were willing to try to find out.

The search was on.
I checked out R.M. Simbrec’s book but didn’t find the story he was referring to so I called her.  She said that she had written about it but that she hadn’t put it in her book and she didn’t know Mrs. Manly’s first name.  The gentleman who was asking the question mentioned that he’d heard the story from Alice Glanville (which I didn’t think was possible because Alice was a real stickler for facts!)

The next day when we finished up at our table both Randi and I started searching online. I checked out obituaries and she went to BC Census stats for 1901.  She found the name!! – Sarah J. wife of John A. Manly.  Furthermore, she noted that Sarah was 25 years old while John was 50. Sarah had arrived in Grand Forks from the States in 1897 – the year John was Mayor. It is unclear whether John and Sarah were married in Canada or the United States.

John was persuaded by his brothers Joseph and Dr. Sherry Manly to come and help on some land Joseph had purchased.  He brought his brother Lloyd with him.  They arrived in 1889 or 1890 and he took up the management of the family land at what is now called Manly Meadows.  He had Lloyd take over the management of the land and became a huge promoter of Grand Forks.

He was very active in the community; as well as setting up a townsite and a store he is the man who is credited with convincing the Granby Smelting Company to establish their smelter in Grand Forks.

John is said to have built the famous Yale Hotel although in another history book it is said it was built for Commodore Biden. Whichever is the case John was the ‘hotelkeeper’.  This information is available in the 1901 census.

Stories have been written about Mrs. Manly, her reputation and a whip. After speaking to our questioner again, he read me part of an article from The Miner of October 2, 1897 from one of Alice Glanville’s books.  I wanted to check out my “facts” so I googled Grand Forks Miner and found they are digitized in the UBC archives.  I was able to choose the October 2, 1897 article for myself.

In short, Sarah was the “talk of the town” supposedly because she had become a little too friendly with a city clerk.  Sarah knew she was being talked about and she felt she knew who the instigator of the rumours was.  He had also had the temerity to question her “chastity” and speak to her husband.  One morning as he was passing her house she stepped out onto the street behind him with a paper bag in her hand.  She caught up to him and pulled a whip from the bag and proceeded to give him the whipping she felt he deserved.   After being hit a number of times he managed to grab her wrists and break the whip in half.  He denied that he had done anything wrong – that he had simply felt it necessary to inform John of the rumours. To make things more interesting, John and his brother Dr. Sherry Manly were across the street!  Dr. Manly escorted his sister-in-law home.  The article goes on to say that those who were loudest in defaming her were now the first to come to her defense.

A woman’s reputation was of great importance and the wife of the Mayor had to be very discreet. If you check out the 1901 census for the Yale-Caribou region you can see some pretty famous Grand Forks’ names and it must have been a tempest in a teacup as John and Sarah were still married and busy running the Yale Hotel in 1901.

Our questioner was Terry Hynes and I have enjoyed my conversations with him. He is the owner of Jim and Alice Glanville’s last house.  Terry is a writer of stories and rhymes.  He wrote “That Manly  Lady” and also another rhyme about Grand Forks.  He’d welcome you to his site at www.terryhyneswrites.com. 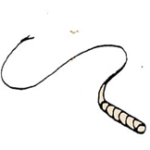 research. It was so much fun!