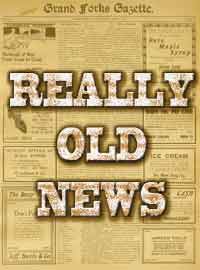 News From The Past

Grand Forks was officially made a city in 1897.
It has had a newspaper (or two) the whole time of its existence.
For most of that time the Gazette has been the mainstay of news reporting in the community.

We are currently working on 2 newspapers: The Gazette and The Evening Sun
NOTE: with the change of the year we’ve split 1910 off into its own page.

Newspapers which appear here are from the collection at the Boundary Community and Museum Archives.

Where Do These Events Take Place?

Need some hints on how this works?